In news just in, climate change is real, and we caused it. Fancy that.

There’s also more food-for-thought on the environmental-selfishness of conventional electricity. Even though we still think there’s plenty of coal, oil and related substances lying around just waiting to be plundered, it seems Nature has other ideas.

A study published recently in Nature Climate Change looked at the water usage of thermoelectric power plants (those that are run on coal, gas or nuclear power) in the United States and Europe.  Together, these two continents/countries are responsible for 86% of global thermoelectric water withdrawals!!

Yet nearly 800 million people live without safe drinking water and around 2.5 billion people lack basic sanitation. We are still in the UN’s ‘Water For Life’ decade (2005-2015), and the Millennium Development Goals we signed back in 2000 claimed that we would stop (i) the unsustainable exploitation of water and (ii) reduce (by half) the proportion of people without access to drinking water by 2015. Well, the second goal has happily been reached, but no one’s talking about the first one. 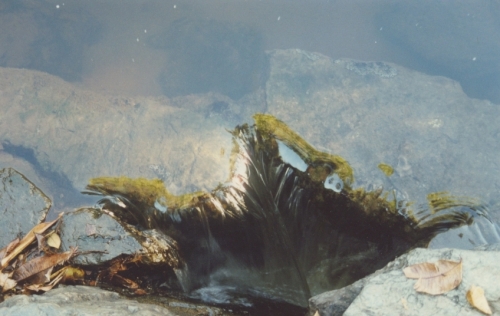 What exactly do we consider “unsustainable exploitation of water”? Obviously not non-renewable electricity production. Despite being only 3 years away from the ‘Water For Life’ goal, it’s full steam ahead for coal, gas and nuclear power in most countries. And ‘renewable energy’ is still a dirty word (or phrase, for my grammatically-pedant readers) – just read my last post to see what I’m talking about.

According to the abovementioned study, warming temperatures, droughts and changing climates have been causing problems with electricity supply in the US and Europe, so that some power plants have had to reduce supply or even shut down temporarily due to less availability of fresh water.

This study modeled the future potential of these power plants, based on climate change predictions as well as current data. The results show that climate changes, combined with increased electricity demands, will be just a little bit too much for our beloved power stations to handle. The capacity of European stations is predicted to decrease by 6.3-19%, while that of US power stations should suffer by 4.4-16%.

Goodness knows what the figures would be for more arid or drought-prone regions like Australia, Africa or India.

So what exactly are we waiting for? How much more evidence do we want before we will accept that we need to turn our focus onto affordable, renewable energy? There’s a huge difference between finding yourself in the dragon’s den by pure accident and ignorance of the dragon’s existence…and finding yourself there because it was on the map, but you thought you were clever enough to circumnavigate it without suffering a fiery demise.