There is no better way to appreciate ecological change across landscapes than by taking a road trip.

My partner and I just had one of the best holidays of our life: two weeks driving from our home in Albury in southern New South Wales, to the Sunshine Coast in south-east Queensland, where I grew up. We have done this trip a few times, but have always used the drive (about 1500 kilometres, one way) as a means to an end, i.e. getting to the coast to see friends and family. This trip, we took our time, sacrificing a few extra days at the beach for more time to explore en route. And it definitely paid off!

Australia is one of the lucky few countries that include most of the major terrestrial biome types. An interstate road trip is one of the best ways to see them! Ecologically, our trip was well-timed; the end of August signals the start of spring and wildflower explosions all over the country. The wattles were already in full swing around Albury, lifting our damp, grey spirits from a very long winter.

So we hit the road, armed with a stack of maps and field guides. And, in the old tradition of writing a travel journal to immortalise a holiday, I used Twitter to journal some of the best ecological moments of our trip. You can see the collated version here.

Sadly, the wintry weather followed us for most of the trip, so I didn’t do as much pollinator-spotting as I would have liked. But when I’m not looking for pollinators, I’m looking at plants and rocks, my unrequited research loves (every scientist has a few of those!).

Albury sits on the upper reaches of the Murray River, which is also the state border between NSW and Victoria. To the east are the alpine ranges that climb to Mt Kosciuszko, Australia’s highest peak. To the west are the plains of the Riverina. Driving north, you pass through rolling hills and plains with a strong agricultural heritage, particularly livestock grazing and dryland cropping. In spring, seas of canola battle it out with the native wattles to turn the countryside bright yellow.

A lot of the landscape has been cleared, but pockets of natural vegetation can be found on farms and roadsides, and the best canola fields retain random paddock trees to break up the blinding sea of yellow. These trees provide important habitat for birds, reptiles and other animals that can’t survive on the crop smorgasbord alone. 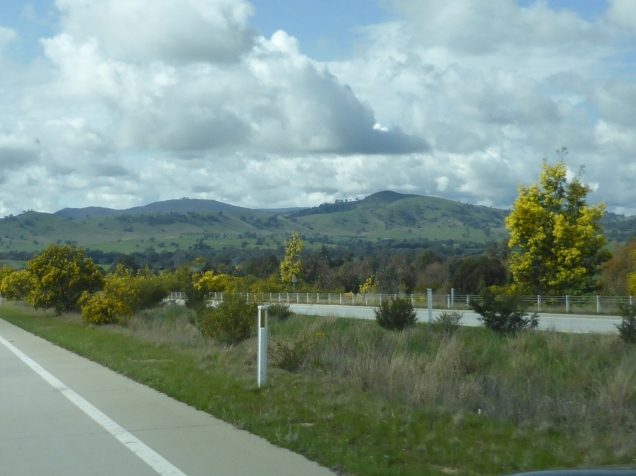 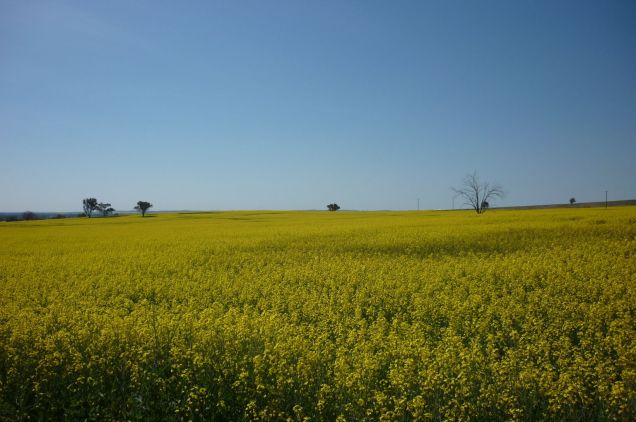 This region in central New South Wales is the transition zone between the arid, far western desert and the mountain regions along the Great Dividing Range. Agriculture is common here too, but many roadsides and travelling stock reserves support more native vegetation, compared to the more heavily-cleared southern regions. 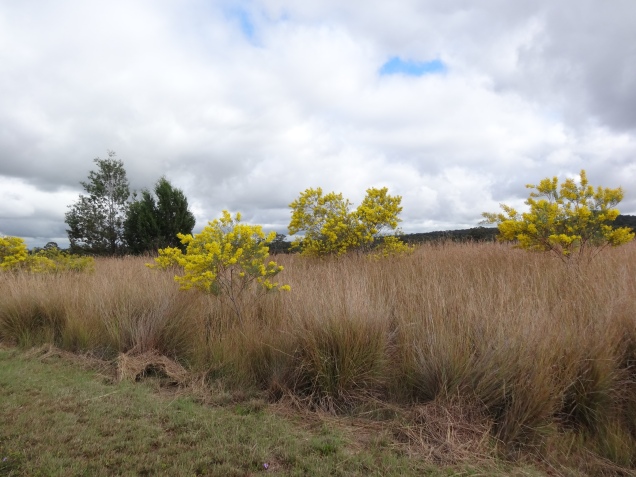 The semi-arid western edges of the region are very similar to the mallee woodlands of western Victoria and South Australia. I was fascinated by the shapes made by native trees gradually reclaiming cleared roadsides; the young seedlings migrating out from the parent tree in succession. These roadsides could become woodlands again one day. 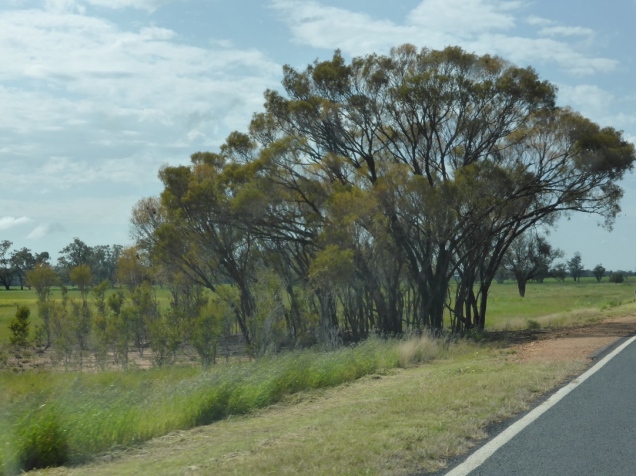 Mt Kaputar National Park covers a large area of amazing forest and rare creatures (including a newly-discovered hot pink slug), most of which await our next visit. However, the sensational Sawn Rocks landform is a short walk off the road that connects Narrabri with the New England region. Sawn Rocks is one of the best Australian examples of ‘organ pipes’, a landform technically known as columnar jointing. This is a volcanic rock formation, forming as the lava cools and cracks. The formation can be found all over the world, including Northern Ireland’s Giant’s Causeway and the USA’s Organ Pipes National Park. 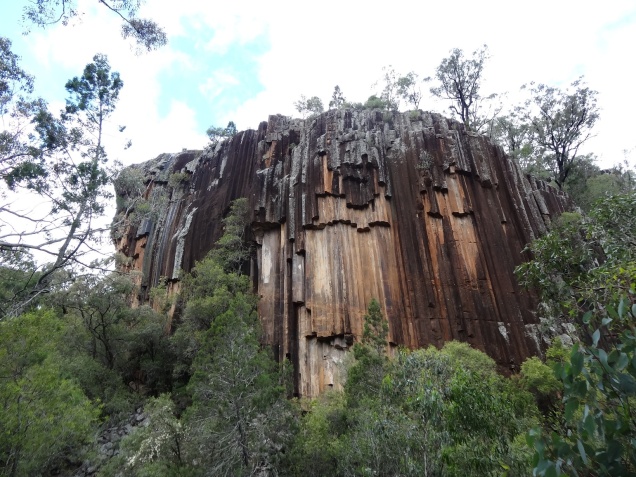 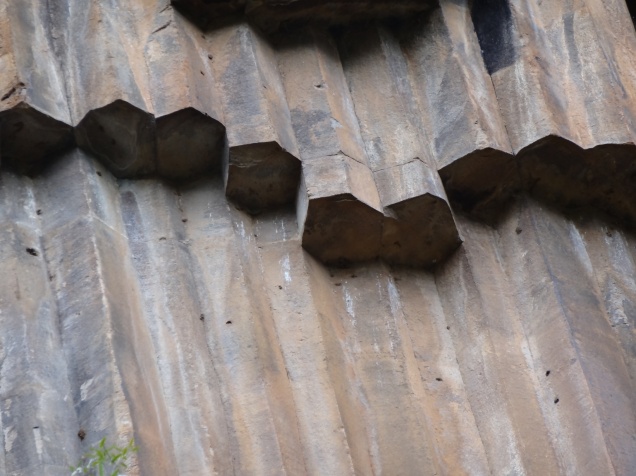 The Kaputar region has changed climate a few times over the last few million years, as Australia slowly drifted north. You can see random remnants of the rainforests that once covered this area in shaded gullies, but much of the rest of the park has transformed into sclerophyll woodland filled with ‘warm-blooded’ plants like hopbushes (Dodonaea sp.). 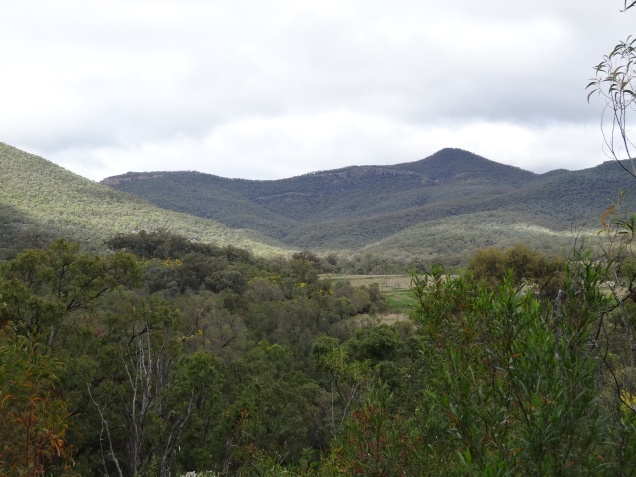 The Warrumbungle National Park, near the central north NSW town of Coonabarabran, is another stunning legacy of Australia’s volcanic past. The panorama of misshapen mountains showcases the remains of a single shield volcano that towered over the region about 15 million years ago. These little rocks commanding the skyline are the remnants of plumbing pipes from inside the eroded volcano shell. 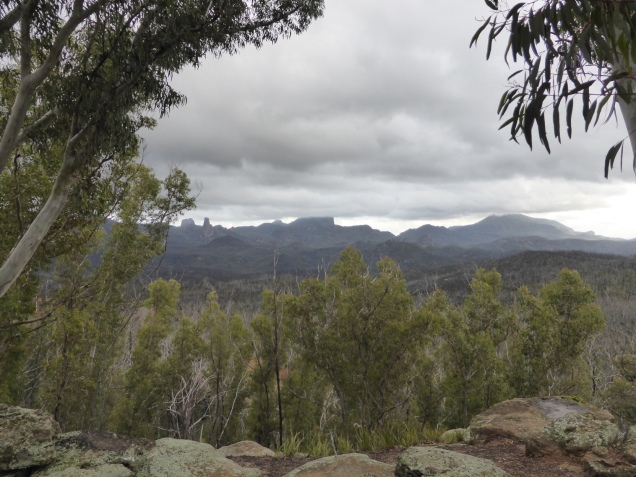 In January 2013, about 80% of the park was literally burned to the ground in one of the largest bushfires seen in the state in recent years. Nearly three years later, the tree trunks are still black as tar, but the phoenix has definitely risen from the ashes. 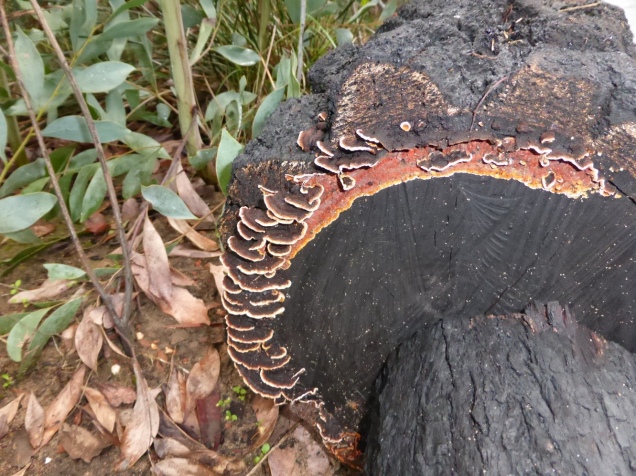 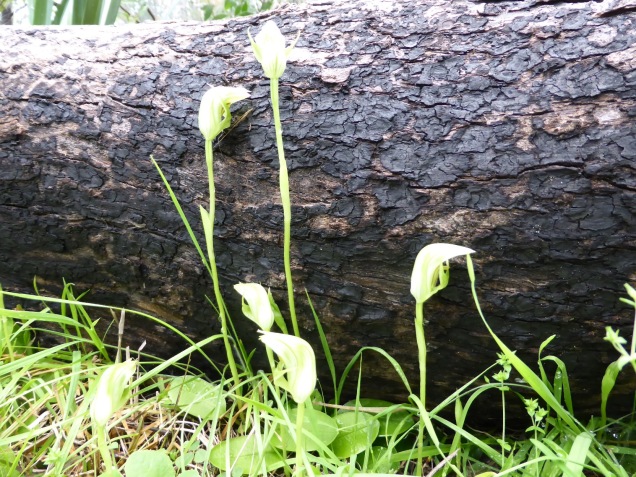 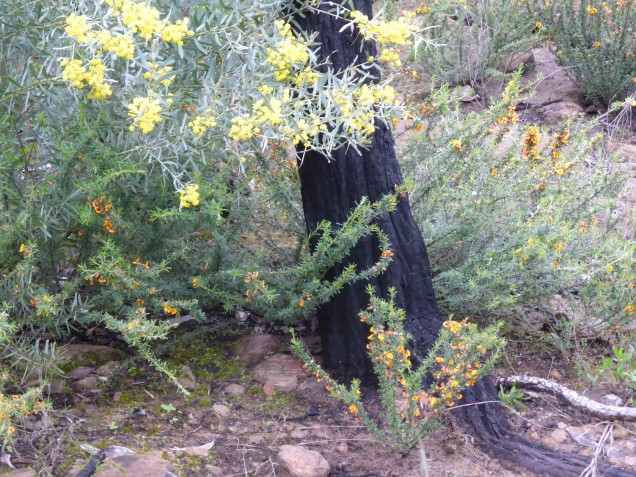 Ecologically, bushfires are an important driver of forest regeneration, especially in Australia. The Warrumbungle forest looks very different to how it did before the fire. Whether or not that is a good thing depends on who you talk to. Many of our native plants have evolved to benefit from regrowth after fire, a process that can save some rare species from potential extinction. But weedy species, like the toxic Darling pea, can take advantage as fire wipes out the competition. Time will tell who wins.

The sky over this region is one of the clearest astronomical windows in Australia, and the Siding Spring Observatory is located here. The observatory is also the start of the world’s largest virtual Solar System Drive, a self-drive scaled model of the solar system that encompasses the towns and ecosystems around Coonabarabran. There are five different routes you can take, all starting at Pluto and ending at the Sun (the observatory) – it’s a great family holiday itinerary! 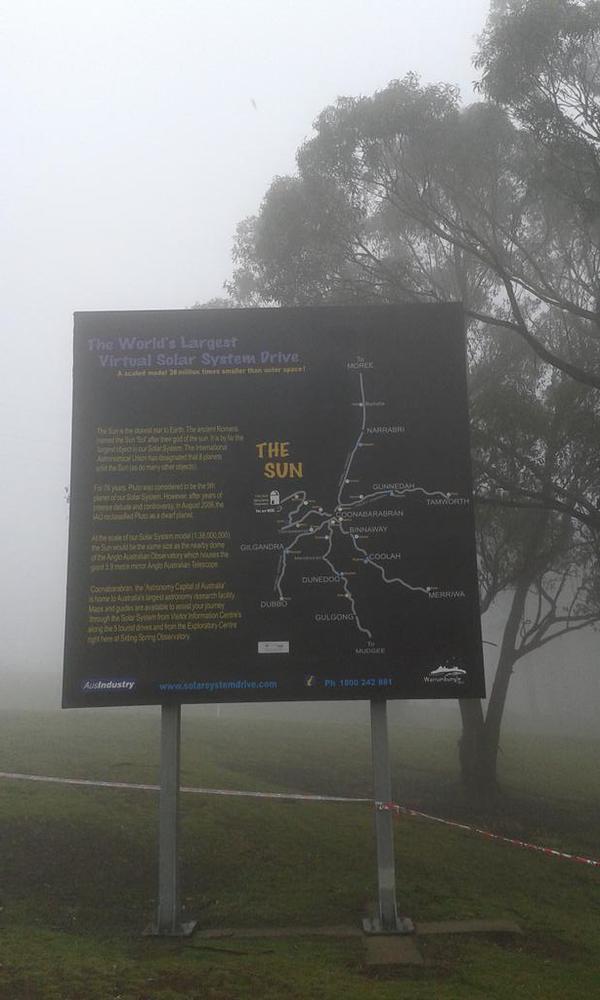 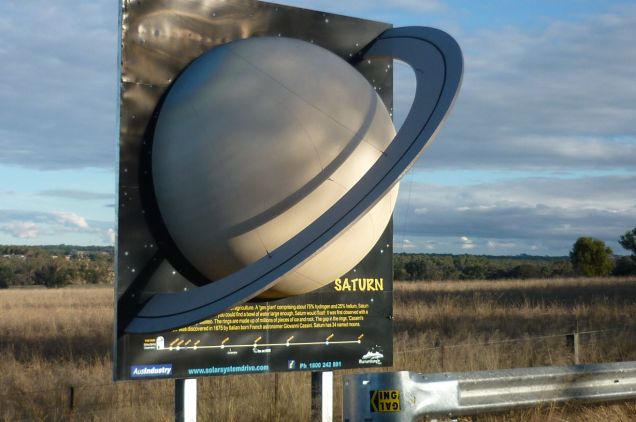 Australia’s Great Dividing Range (GDR) is the third-longest terrestrial range in the world. It runs for 3500 km along the east coast of the continent, from the Torres Strait in the north, to the Grampians in western Victoria. Topography is one of the main drivers of weather across a landscape, and this range affects most of eastern Australia.

The Central West encompasses some of the spurs and ranges of the New South Wales section of the GDR. One of these is the Liverpool Ranges, which supports the fertile Liverpool Plains, some of the most productive agricultural land in the country. Productive soils often mean productive resources too, and the region has recently been targeted by the creeping hand of coal mining and coal seam gas extraction. 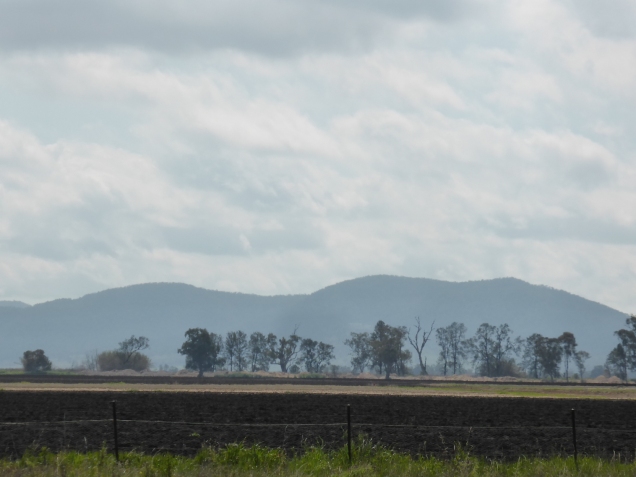 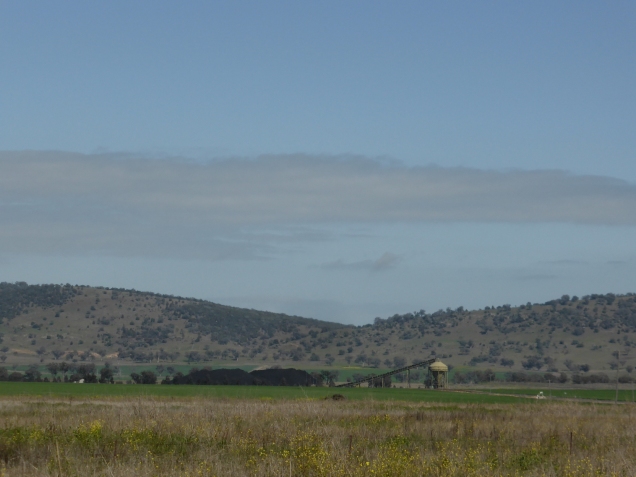 Driving through this region opens your eyes to the differences in human values…and leaves you confused over the future. Some towns, like Werris Creek, have become obvious by-catch of the mining boom, with empty shopfronts and cracked window panes lining the main street. Others proudly maintain their agricultural heritage, like quaint Quirindi, which has its own ‘walk of fame’ along the main street’s footpath…heritage stock brands of the Liverpool Plains. And long before these modern histories were created, the region supported the ecological histories of flora and fauna that are found there no more.

When I was growing up, my home range was a quiet rural locality an hour’s drive north of Brisbane, Queensland’s capital city. I went to school in Nambour, the centre of the local sugarcane industry. Sugarcane is grown relatively easily in coastal regions, where it doesn’t need to be irrigated, and the Sunshine Coast was a key growing region for many decades. I remember summers sitting on our verandah looking for sugarcane fires, burning along the coast in the distance. And I looked forward to when our morning trips to school were delayed by the trains of carriages filled with chopped up sugarcane sticks, rattling through town from the loading yard behind my school to the Moreton Sugar Mill in the centre of Nambour. The mill opened in 1897, and shut down in 2003. Many local farmers lost their livelihoods, because costs to export their produce to the nearest mill at Bundaberg were too high. Fields of sugarcane grew wild for some years, until they were gradually replaced by wastelands, livestock paddocks and housing developments. 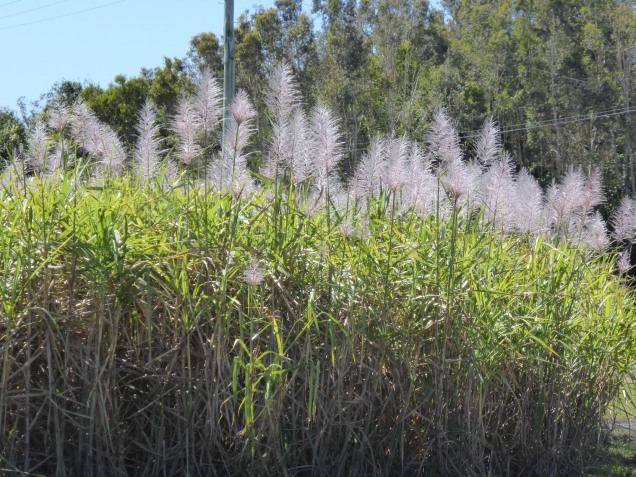 Now, the Sunshine Coast is one of the most rapidly-urbanising areas in the country. Thankfully, lots of wonderful natural history escapes remain. This trip, we climbed to the top of Mt Coolum, another eroded lava plug from eastern Australia’s volcanic history. I’m ashamed to say, in the 20-odd years I lived in the region, I had never climbed to the top of this mountain!

The climb is steep and hairy, but absolutely worth it. The wallum heath at the summit, bursting with banksias, tea-tree, wattles and other botanical goodies, is a last bastion of the ecosystem that was once found across most of the coastal plains, protected as Mt Coolum National Park. 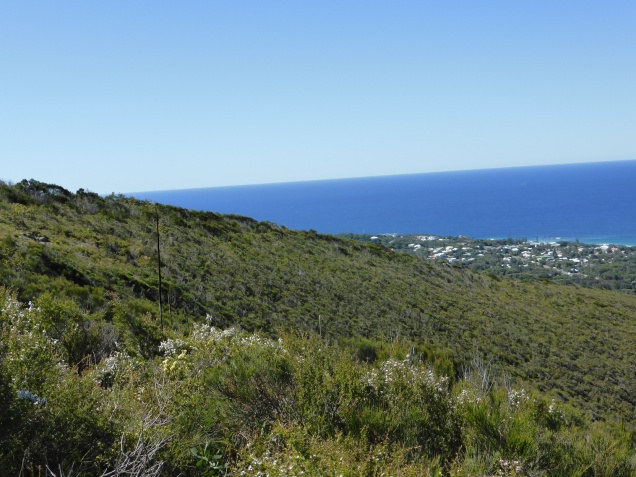 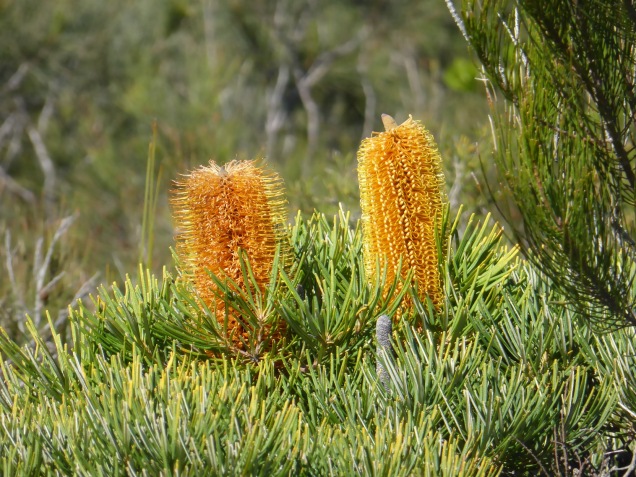 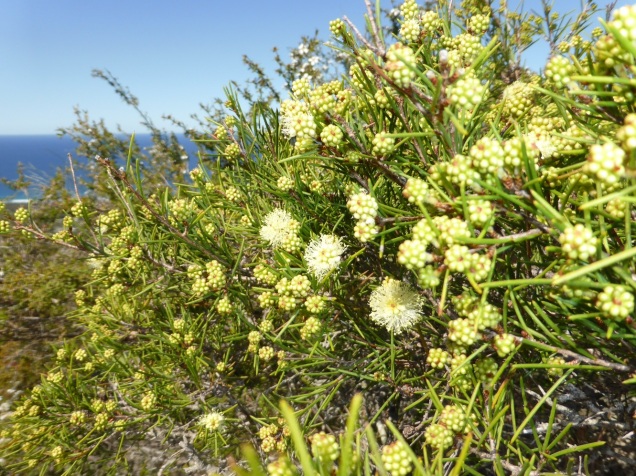 It can even claim an endangered she-oak! Allocasuarina thalassoscopica, the Coolum she-oak, was known from a few remnant individuals atop Mt Coolum. It was considered the only population in the world for a long time. However, recent genetic research suggests that the species is one and the same with another endangered she-oak that is found at a few other small areas along the east coast. Either way, the distribution of this endangered species has been restricted by land clearing and development. 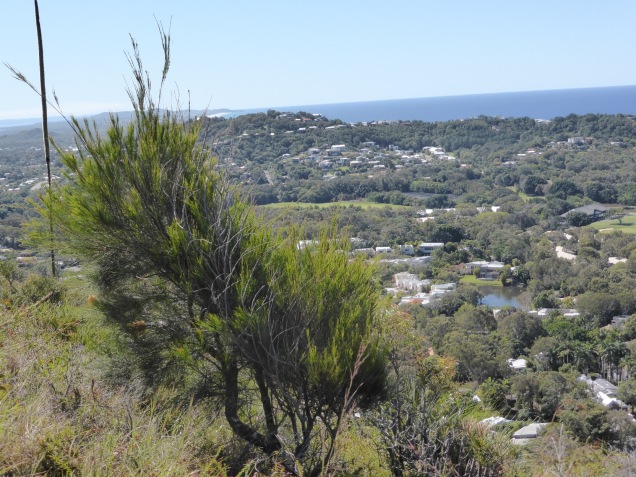 There were just too many plants for me to see in a few days. I found a few new orchids that had popped up in my mum’s yard, including this little bootlace orchid that is related to the famous vanilla and grows on decaying organic matter, like dead trees. 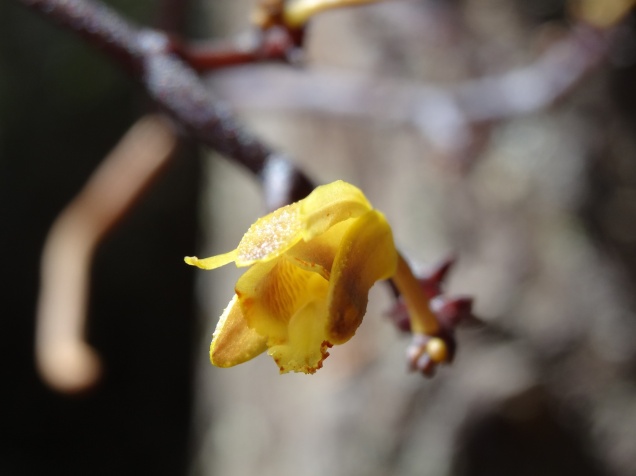 A little bit south are the iconic Glass House Mountains, heritage-listed volcanic remnants that I had explored a lot more in the past than their cousin Coolum. The coastal plains around these plugs were originally wallum heath, scribbly gum and paperbark forests. Now, much of these ecosystems has been replaced by exotic pine forests. If you want to know more about this beautiful landscape, I recommend these posts from Paula and Jane. 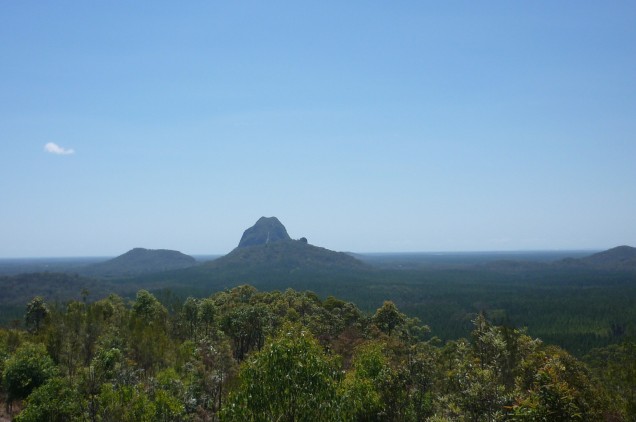 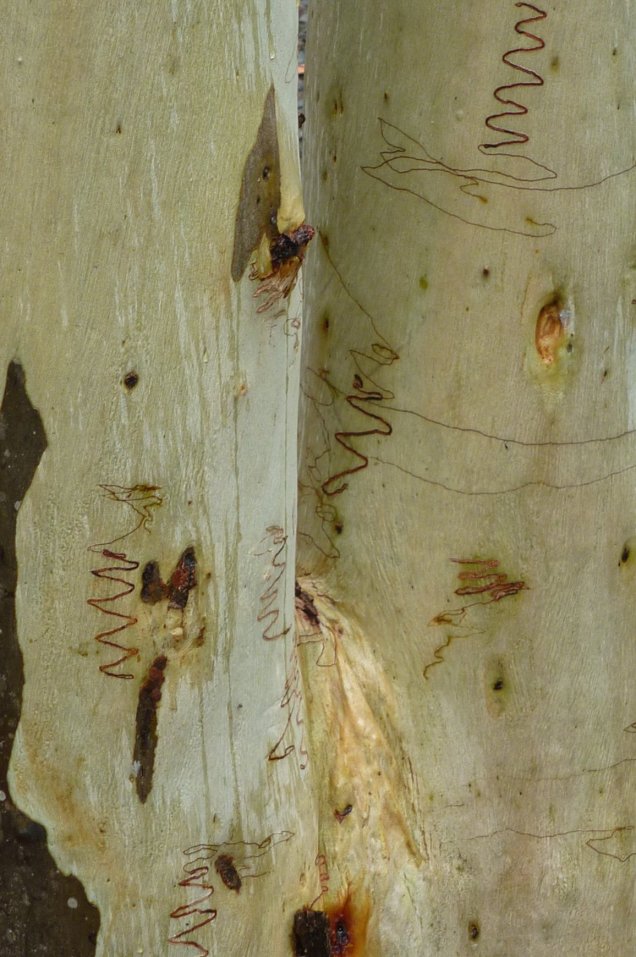 And so we head back into New South Wales, with a long list of places to visit next time.

Next time you go on holiday, consider sharing your Eco Travel Journal too!

8 thoughts on “Ecology on Holiday”