Innovation is one of the most overused buzzwords in the business world. Now it’s started turning up in discussions about research and policy, in government science goals and research funding priorities.

But there are two main caveats to the pro-Innovation argument that are often glossed over. The first is the word’s corporate connotations.

Once upon a time, innovation didn’t have a great reputation. It was a punishable crime to the worst degree. It was (ironically) reinvented in the 1930s, grounded in economic theory – it became seen as a source of positive economic change at a time when things weren’t going so well for some national economies. New products would get money flowing again, so the theory went. And a buzzword was born. Benoît Godin has done some excellent research on the evolution of the term and its place in society.

If you’re an ‘innovator’, you’re now a star. You can start trends and make lots of money. And because economic growth is the goal of most countries, innovation is now promoted, not punished.

Words are powerful. The way they are used, and the meanings and connotations they are associated with, can change an individual’s minds and shift public ideologies over time. Lumping science in with commercial innovation, and directly linking this to the future of science and research, sends a damaging message: that any research or knowledge that doesn’t ‘innovate’, and can’t be commercialised, is useless to society.

This is a misrepresentation of science. Innovation and Science don’t have the same goals, and they shouldn’t be expected to. Research is not a business. So criticising researchers for not coming up with enough technological breakthroughs is just ridiculous. It’s like criticising the staff in the marketing department for not cleaning the toilets properly every morning.

The second caveat is that more and more Innovation may not be the best solution to our current problems.

An innovation, literally, is a new method, idea or product that improves on a previous version. It is different to an invention, which is something completely new that has never been created/done before.

Innovation comes from the Latin innovare, to renew; invention comes from invenire, to discover. The wheel, for example, was first ‘invented’ as a potter’s wheel, somewhere in Mesopotamia thousands of years ago. A few hundred years later, an ‘innovation’ happened when the potter’s wheel was turned on its side, hooked up to an axle, and tested out as a mode of transport. People started using it all over the ancient world as the need for trade and agriculture grew. And the rest is history.

To be a true invention, it can’t have been created before. (But nothing is original, so these days it’s more a case of who gets the credit for it, or takes a patent out, first.)

To be a true innovation, it has to be accepted by the community it’s relevant to as an improvement on the previous version. Therefore, true innovation depends on knowledge, philosophy and people. This is a critical point. You can’t ‘tinker’ effectively or efficiently if you don’t know what you’re doing or what kind of system you’re working with. This is why basic research is just as important to society as science with commercial application is. They are not an either/or dichotomy. But this is rarely clarified, and often actively denied, by pro-Innovation types.

Innovation doesn’t happen at the ‘ta-dah!’ stage, it happens upon broader social acceptance. And broader social acceptance doesn’t happen unless the innovative idea is grounded in a solid philosophical framework that considers all the cultural and socio-economic contexts of its application. Why are driverless cars not a thing yet? Because the manufacturers haven’t yet worked out the ethical dilemmas around who the car should be programmed to sacrifice if someone steps onto the road in front of it. I doubt they ever will.

So do we really need more Innovation? Or should we be focussing on building knowledge and understanding dynamic social-ecological contexts, so we can innovate more meaningfully and efficiently in the future?

Innovation, in its modern connotation, is about short-term thinking and promoting new improved versions of everything, often before they need to be improved. And who gets to decide if something needs to be improved anyway? This fast-paced cycle of improving on knowns, instead of chasing unknowns, is less risky, if you treat research as a business. But it’s not as useful to society as allowing research to be what it should be, a philosophy and method of advancing knowledge.

If we rely on Innovation to package and sell Science, there is a huge risk that a one-sided focus on the technological and commercialised applications of science will push aside non-economic values associated with knowledge, discovery and human wellbeing. We’ve seen this happen with the ‘ecosystem services’ concept. The political focus on economic valuation of nature’s services has pushed aside the social, cultural, spiritual and ethical values of nature. These non-economic values are just as important, if not more, to conservation, science and human society, and we can’t afford to ignore them. 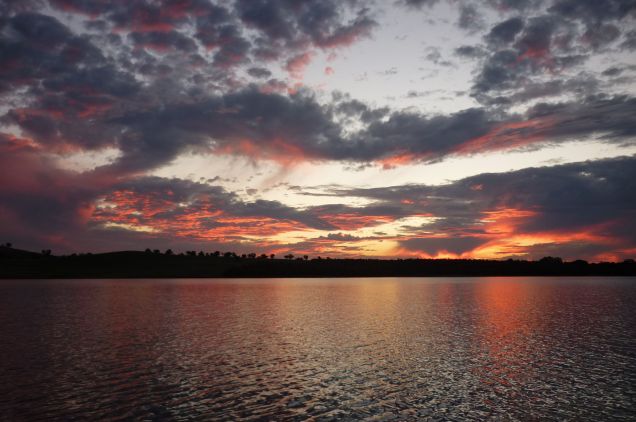 7 thoughts on “Can too much Innovation be a bad thing?”