I’m what other ecologists would call an ‘applied ecologist’. I collect most of my data outdoors in the field, rather than in labs or microcosms. I work predominantly in human-modified landscapes (agroecosystems). My overall research theme (ecosystem services) is considered more relevant to management than theory. And most of my papers have been published in applied and interdisciplinary journals. And, like most applied ecologists, my ability to understand and contribute to theoretical, or ‘pure’, ecology has been questioned by other ecologists.

There are plenty of logical flaws in this argument, so why does it persist?

The ‘applied vs. pure’ debate has aggravated science for over a century, with peaks and troughs in intensity. I recommend reading more than one source on the issue, because the definitions and arguments vary across decades and are often correlated with socio-cultural issues of the time.

~ The applied vs. pure debate appears to have risen to prominence in the nineteenth century in North America and Victorian Britain, around the same time as industrialisation turned society’s focus onto using scientific knowledge for practical means.

~ Although definitions of each have varied slightly, it generally boils down to this dichotomy: ‘Pure’ science (also called fundamental or basic science) is curiosity-driven research, or doing research for the sake of knowledge; in contrast, ‘applied’ science is goal-driven research focused on practical outcomes and applications. The terms have traditionally been used to separate the purely theoretical physical sciences from the tangible natural sciences. But the distinction is also used to internally divide individual disciplines, like ecology.

~ There are many parallels and overlaps between the ‘applied vs. pure’ debate and the ‘lab vs. field’ battles that marked the development of modern ecology. Today, this overlap has extended into the ‘modelling vs. field’ debates.

~ The pushback against ‘applied’ science by ‘pure’ scientists coincided with increased government interest in funding scientific research, especially if it had practical outcomes for society, and especially during wartime. Prior to this, scientific research had largely been funded by wealthy individuals.

~ ‘Pure’ scientists were often more disparaging of applied science than the other way around. This kind of scholarly rivalry has been around since the ancient in-fighting between classical philosophers. John Dewey (among others) saw it as simple class snobbery:

The notion that “applied” knowledge is somehow less worthy than “pure” knowledge, was natural to a society in which all useful work was performed by slaves and serfs, and in which industry was controlled by the models set by custom rather than by intelligence.

~ The reality of science is that most of the famous scientists we consider in one camp or the other have contributed to both pure and applied science across their career. Turing is a classic example.

From an ecology perspective, a 2015 paper by Frank Courchamp and colleagues defines pure ecology as research that has the main goal of advancing knowledge and understanding, with results being uncertain. They argue, as many do, that applied ecology is different, because it is goal-driven, has well-defined objectives, and typically focuses on solving environmental problems.

I agree with Courchamp et al. that fundamental ecological research is essential to science and needs to be funded. But I disagree with the clear-cut dichotomy, for a few reasons. (N.B. I’m not picking on Courchamp’s paper specifically, but they nicely summarise a broader view.)

~ Some people think that human-modified systems (like farms) are not ‘natural’, and therefore aren’t suitable systems for studying ecological processes and interactions. This is a losing battle, because pristine nature ‘untouched by humans’ doesn’t exist. It is also a fundamental contradiction of the central premise of ecology: humans are another species in the interaction network. To truly understand ecological patterns and processes, we are compelled to study human-modified systems.

We clutch at binary variables for meaning, but they’re nearly always false dichotomies. In reality, variables exist on a continuum…any ecologist can tell you that. As a discipline, what are we achieving at the end of the day by maintaining this debate? Ecology will benefit significantly more if we encourage the next generation of scientists to embrace a holistic set of skills and philosophies, rather than pushing the divide and conquer approach.

The discipline of ecology is widely employed in situations of economic or social interest to mankind, and this provides the content of applied ecology, which it is the purpose of this journal to serve…Applied ecology is not however to be regarded as an ancillary or poor relation of a hypothetical ‘pure’ ecology, applying the methods of the latter to practical problems…in practice the distinction between pure and applied ecology is one of convenience and not of scientific merit or status. 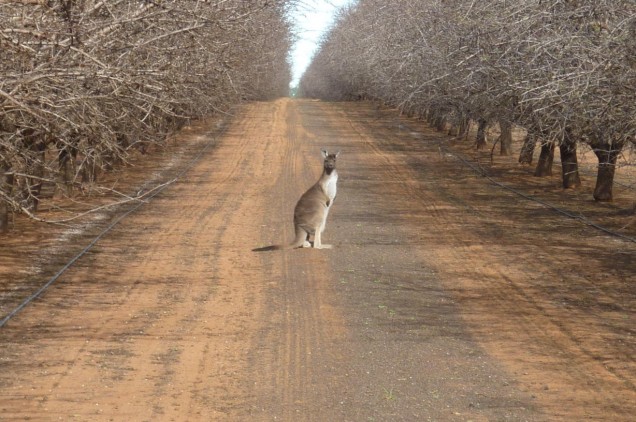 # A note on communication: Pure ecology is sometimes distinguished from applied science for being less engaging for non-specialists. Sure, a lot of fundamental research is complex, esoteric and almost impossible to translate into ‘everyday’ language. But so is plenty of applied research. The challenge is to focus on explaining how and why results will benefit science and society, rather than focusing on the results themselves.

9 thoughts on “Applied vs. Pure: it’s all ecology at the end of the day”